OXFORD — Ever since Faulkner brought fame and occasionally shock to the community, Oxford has attracted a free-spirited bunch.

That community of writers, musicians and artists is alive even after the passing of such lynchpins as Barry Hannah and the opening and closing of the scene’s gathering spots. The locations change, the people change, but the gravity remains.

In the late 1980s, John “JoJo” Hermann was just another down-and-out New York musician picking up gigs in Greenwich Village where he grew up, living in his mother’s apartment. Although there were worse places to be — he lived three blocks from Folk City, where Bob Dylan got his start, and a short walk from Washington Square Park — when his own piano playing got his mom evicted, he knew it was time to leave.

Hermann, who grew up dreaming of a South set to a soundtrack of Professor Longhair and Dr. John, boarded a plane straight to Memphis. He planned to crash with friend and Deep Blues author Robert Palmer in Oxford for a few weeks before making his way to New Orleans. Instead, he found himself standing alone at 10 o’clock at night on the curb outside Memphis International Airport.

“I had just assumed there would be a train or a bus, something that would take me to Oxford,” said Hermann. “But there was nothing. I was stranded.”

The lifelong New Yorker’s next move was bold, even for a city boy. He caught sight of a woman he remembered from the plane, whom he had overheard talking about the law school at Ole Miss. As she drove away with her husband, he threw his duffel bag in front of their car and stuck out his thumb, hoping to land the 90-minute ride to Oxford. It worked. 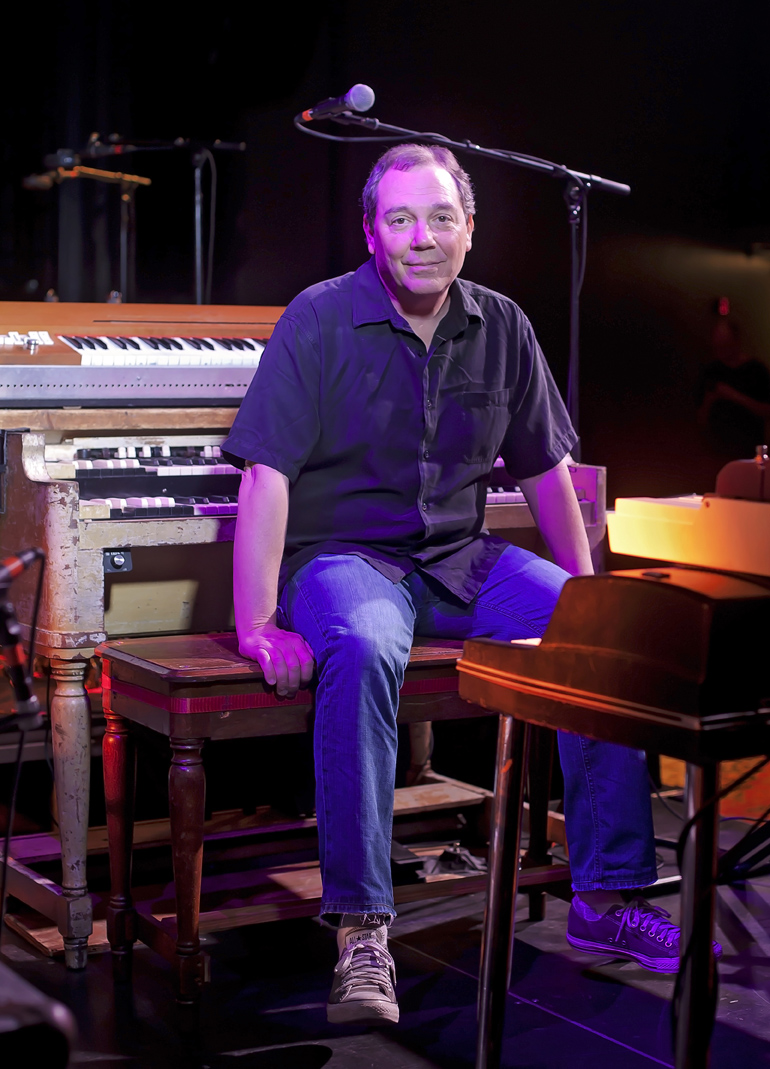 “They had no idea who I was — this stranger, this bum on the corner — and they were so nice!” Hermann said, still astonished. “He was like, ‘Sure, come on in!’ That was my first experience with Mississippi. I just couldn’t believe it. I’d never experienced people being that nice and friendly. I think that pretty much sealed the deal.”

Hermann’s couch-surfing tour grew into a permanent gig. Although he eventually visited New Orleans, he decided to stay in Mississippi. The newly minted Oxfordian found the Hoka, an artsy movie theater, café and all-around “center of gravity” in town known to host writers Willie Morris and Hannah, and convinced owner Ron Shapiro to let him play on the piano in the back for tips.

“I had a little cigar box, right at the entrance to the movie theater there,” he said. “He would give me a cheese sandwich — I’d work for a sandwich and tips, and that set me going. Back then you could go to Jitney Jungle and eat for a week on five dollars between hot dogs and mac and cheese.”

Oxford was a small scene, and from The Hoka to The Gin across the street, he soon got to know local bands like The Hilltops, which included future Blue Mountain frontman Cary Hudson and Wilco bassist John Stirratt. He also met the guys in Beanland, a rhythm-and-blues band that played Ireland’s and Forrester’s, the town’s two other music venues.
“About six months after moving there, [Beanland] drummer Rob Laird invited me to come by,” he said. “They were playing (Grateful) Dead covers at the time and had one or two originals. I sat in with those guys and I just fell in love with the band.” Beanland also featured guitarist George McConnell, who would later play a pivotal role in Widespread Panic, first filling in the sound behind Mikey Houser during his bout with pancreatic cancer, and then joining the band full time after Houser passed away in 2002. The band was a big factor in Hermann’s decision to stick around.
“I didn’t come down with any preconceived notions of what I was going to play,” he said. “I knew that as a piano player I loved Professor Longhair and Dr. John and boogie woogie. It never even occurred to me to start playing in a rock and roll band. I just fell into it.”

Hermann soon found a new musical passion, and another reason to stay — he discovered hill country blues pioneer Junior Kimbrough’s juke joint north of town and began taking in the hypnotic music of Junior and R.L. Burnside on Saturday nights.

“It wasn’t really blues, you know, like the kind of stuff you would hear in the Delta or Chicago,” he said. “There was just one riff, and it would go on and on and put you in a trance. Some of the best days of my life were going up to Junior’s. Anybody who’s ever heard or seen Junior, it just instantly takes over.”

As Beanland’s audience grew, the band crossed paths with like-minded groups on the SEC club circuit. One of those was Widespread Panic, which had just put out its debut record, Space Wrangler. When the members of Beanland started going in different directions, Hermann wasn’t sure what he might do next. He contemplated moving. Then, his phone rang with an invitation to go on the road with Panic.

It wasn’t much of a promise at first — Houser later told Hermann he got the job mainly because he knew their set and wouldn’t have to rehearse — but his presence grew on keys and vocals. He flavored the band’s repertoire with Dixieland boogie piano and rolling Hammond B-3 organ and began writing songs, starting with “Blackout Blues” on Ain’t Life Grand and fan-favorites “Tall Boy” and “Greta” on Bombs & Butterflies.

“With Widespread, the role of the piano is different than in Beanland,” he said. “The basic idea was for me to just stay out of the way. [Laughs] I thought I should at least write a song, to contribute, so I took a Professor Longhair song called ‘Red Beans’ and basically added a bar, turned it into a 13-bar blues, added a little chorus and wrote ‘Blackout Blues.’”

Hermann’s Mississippi Hill Country influence and love of Fat Possum Records artists seeped into his music, as well. Once, he holed up in an Indianola hotel for a week with a tape recorder, emerging with “Dyin’ Man,” the funky clavinova-driven hit from Til the Medicine Takes, as well as other album tracks “One Arm Steve” and “All Time Low.” He paid tribute to Junior with a namesake medley on Ain’t Life Grand, mashing the bluesman’s “Stay All Night” with “All Night Long.”

“I think we might have been the first rock band that actually took a Junior song and did a rock and roll treatment of it,” he said. “I remember playing it for him. I think he sincerely liked it. I think it made him feel really good.”

These days, now that Widespread Panic’s famously solid touring schedule has lightened, Hermann gets to see Oxford more often. He frequents campus and has his favorite spots — Barnard Observatory, hanging out with the Southern Studies folks, Proud Larry’s. But mostly, he visits with many of the friends he made at The Hoka who, like him, found reasons to stay.