Mississippi’s story bubbles up from native soil. It also comes home to roost. This visual narrative — perspectives from insiders and outsiders — will cover the walls of the Mississippi Museum of Art in a blockbuster exhibition to greet the bicentennial of Mississippi’s statehood.

Picturing Mississippi, 1817-2017: Land of Plenty, Pain, and Promise, Dec. 9 through July 8, 2018, will journey through time, visiting a landscape, its people and history as pictured in more than 175 works by more than 100 different artists.

In a dialogue of perception and portrayal, the exhibition will wrap in creations of indigenous cultures, European exploration and settlement, the Civil War, responses to the civil rights struggle and development of the state’s own artistic voice.

Its large number of loaned works by artists from outside Mississippi includes responses to readings, visits and imaginings of the state, Mississippi Museum of Art director Betsy Bradley said. That fills in some gaps of “The Mississippi Story,” which highlights the permanent collection and will be de-installed for the museum-wide bicentennial show. The National Gallery of Art, Smithsonian Institution and Minneapolis Institute of Art are among the prestigious institutions loaning works. 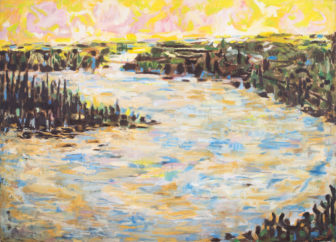 With art during the Civil War period and works by such big names in the American art canon as Winslow Homer, John Steuart Curry and Thomas Hart Benton, Picturing Mississippi expands the narrative and highlights the visual art that has shaped Mississippi’s image.

“The goal was not so much to be encyclopedic and comprehensive, but to give an overview of artistic life connected with this place,” said exhibition curator Jochen Wierich, adding it will celebrate the diversity of responses Mississippi has inspired over the past 200 years with the state as both exotic and as home.

Picture the state as an indigenous people, forced from their longtime lands, leaving it behind, as Benny Andrews does in “Mississippi River Bank (Trail of Tears Series).” It is a work resonating with dignity, heartache and the chasm between cultures. See it as an open invitation to adventure and commerce, as the boisterous crew in George Caleb Bingham’s iconic “The Jolly Flatboatmen” conveys. 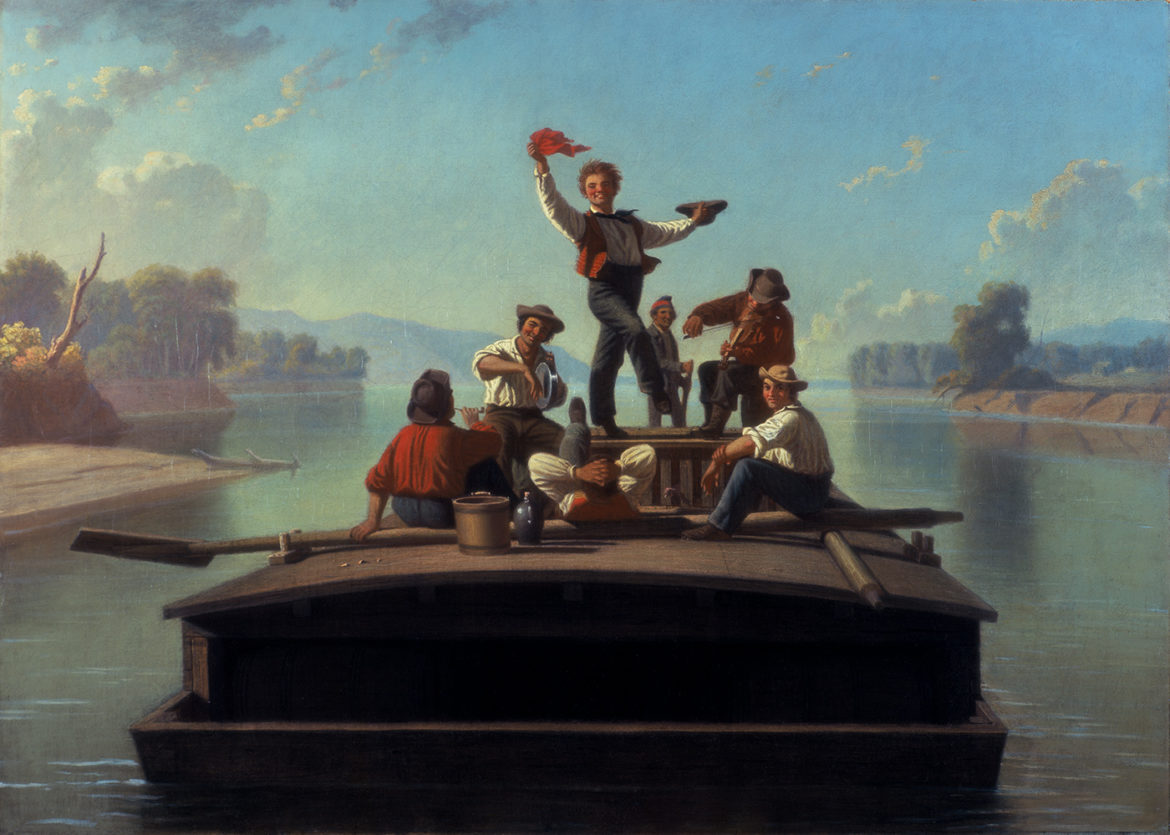 The crimps and curves of George Ohr’s vessels share another view, as clay from the land itself, guided by Ohr’s imagination and skill. 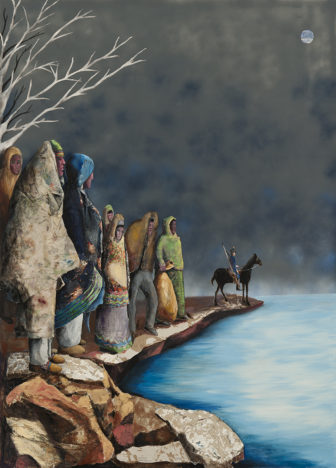 Statehood’s start makes a slightly arbitrary beginning for an exhibition that also will dip further into the area’s past, with pottery and stone effigies from its native cultures, early maps and images of American Indians by Europeans, Wierich said, such as a French painter’s depiction of a Natchez Indian based on romantic literature.

Throughout, viewers will learn how Mississippi’s image was shaped by its people — European Americans, African Americans and more.

“The visual culture of this place was always shaped by these different communities,” Wierich said. “They lived together but they also, oftentimes, were in conflict.”

That theme continues into the civil rights era’s conflicts, “and artists respond … in their own way — sometimes with images that might be upsetting, regardless of where you’re coming from or what your history is.

“Then again, we also find moments where art has a way of reconciling.” 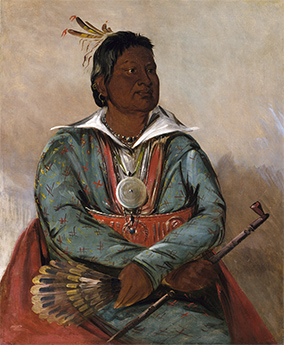 A chronological thread weaves through history, from pre-statehood European explorers and settlers, the reign of King Cotton with Natchez as its cultural center, the trauma of the Civil War, Reconstruction, early 20th century Mississippi artists going abroad to study as well as artists from outside keen on the region, Mississippi artists and modernism, civil rights, the state in recent years and a look into the future.

Among the standouts: George Catlin paintings of Choctaw Indians after they were relocated from their Mississippi homeland to Oklahoma; a major history painting by John Steuart Curry, inspired by the great Mississippi River flood of 1927; Sam Gilliam’s painting “Red April,” an example of the Tupelo-born artist’s soaked canvases, from his MLK series referencing the civil rights struggle.

“Some people regard these soaked canvases as the visceral response to the killings that were happening and the sadness that many people felt during that time,” Wierich said.

Another response to the civil rights struggle is Bob Thompson’s “Homage to Nina Simone,” whose song Mississippi Goddam captured the sadness and rage about the violence. The painting’s colorful figures and idyllic setting echo artists such as Gauguin, perhaps projecting an image that tries to transcend the conflict, Wierich said, while still expressing an underlying dissatisfaction. 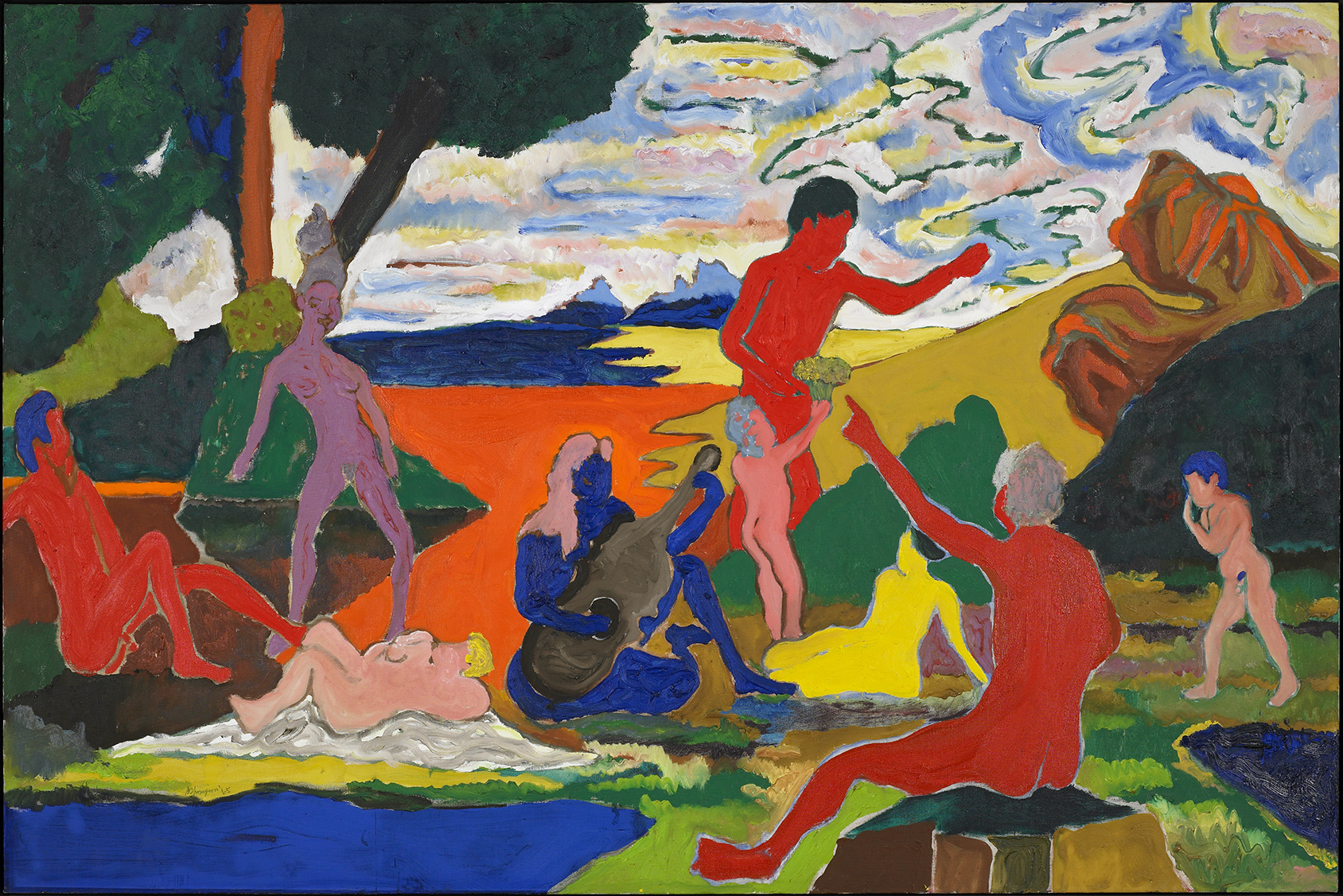 Art Across Mississippi: Twelve Exhibitions, Twelve Communities shares the Mississippi Museum of Art’s permanent collection statewide in another celebration of the state’s bicentennial year. Through May, the themed exhibitions packed with artworks by such regionally acclaimed artists as Walter Anderson, William Dunlap, Marie Hull and Hystercine Rankin visit affiliates around the state. Lizzy Abston, the museum’s curator of the collection, said a good balance emphasizing Mississippi art was the aim in these dozen shows. Like many institutions, the Mississippi Museum of Art can show only about 4 to 5 percent of its permanent collection at any given time, and this gets more of the collection into the public sphere.

Voices in the Threads: Quilts from the Mississippi Museum of Art, January through February, Union County Heritage Museum, New Albany